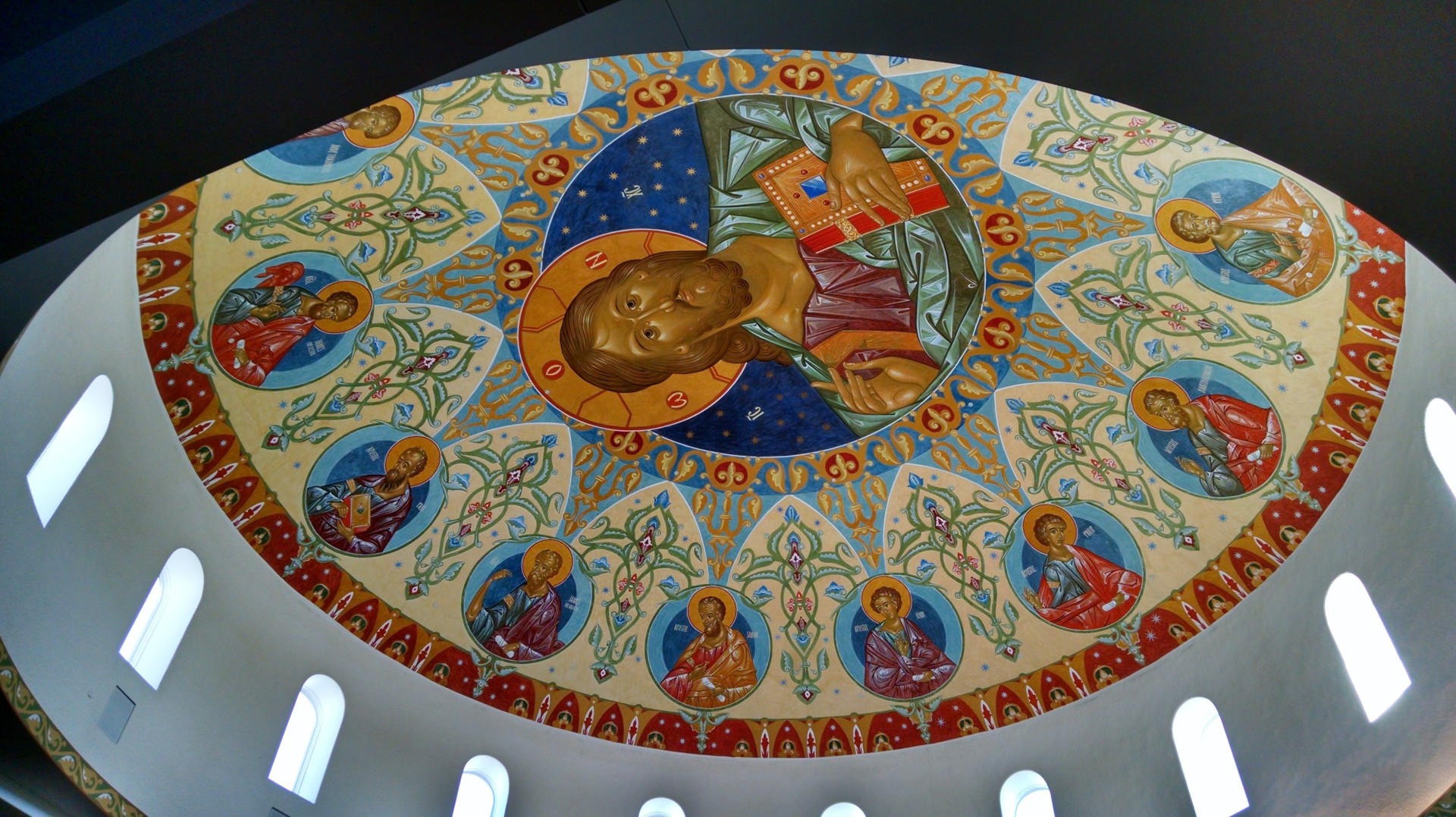 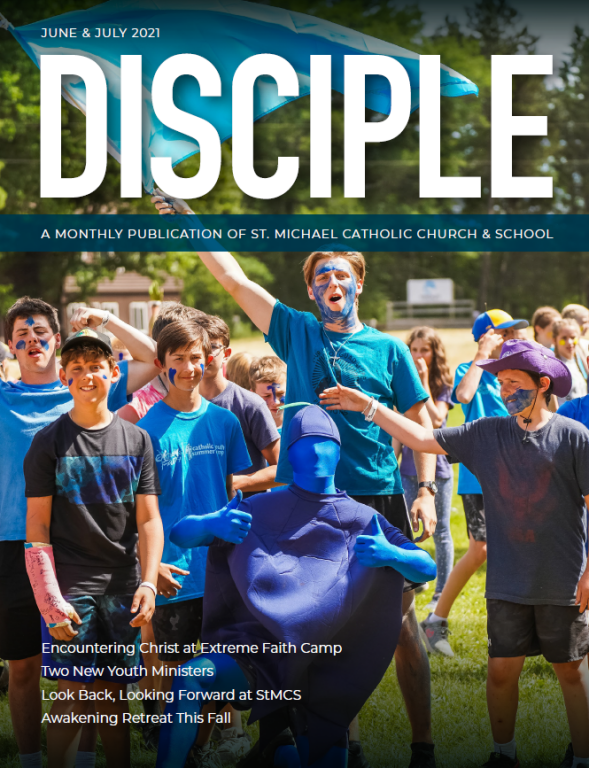 John O’Sullivan is not afraid to ask hard questions, so when faced with two “rockstar” candidates for an open youth ministry position, he didn’t hesitate: “I said to Father and Dave, ‘Could we hire them both?’”

When St. Michael and St. Albert parishes made 8th-grade discipleship groups a prerequisite for discerning Confirmation, they knew the staff would need to grow. According to O’Sullivan, it was actually youth minister Gabby Swift who first proposed the idea.

“We always talked about having four people someday—hiring an administrative person to help the three of us—but the truth is, we can all help with the administrative part,” Swift says. “We had the opportunity to hire two really strong youth ministers to help us do all the things we want to do. It’s a little earlier than we planned, but it made sense to me to talk about doing it now.”

With more than 700 children and teens involved in Youth Ministry each year, both Fr. Brian Park and parish administrator Dave Ferry saw the need. The fruits are apparent:

So they made it happen:  In June, Hollie (Graczyk) Danis and Zach Zaldivar joined the staff to expand our efforts to draw young people into deeper discipleship.

Both jumped in to help at Extreme Faith Camp this year. Both are Minnesota natives (St. Michael and Osseo, respectively) with a deep love of Jesus, His Church and the sacraments and a passion for evangelizing young people.

Beyond that, the two bring different—and complementary—strengths to the parish, reflecting two very different paths to the same destination. 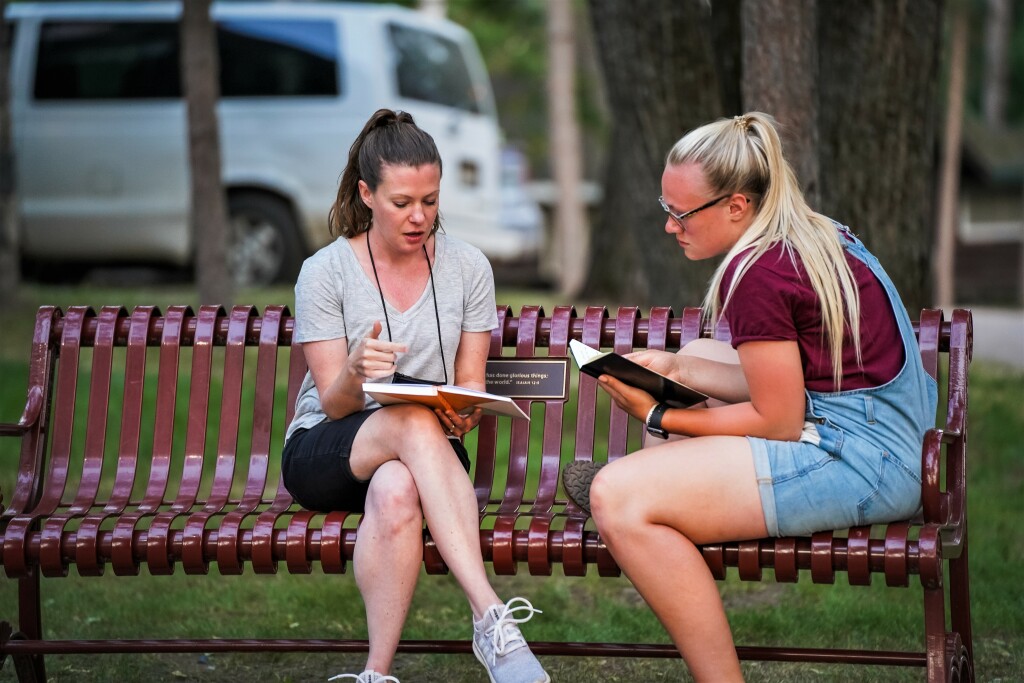 Danis grew up in St. Michael, the youngest daughter of Harold (Harv) and Bonnie Graczyk. She attended St. Michael Catholic School, which gave her a foundation of faith, and in high school she encountered the Lord in a more personal and intimate way through her active participation in youth ministry. She served as a high-school leader at the very first Extreme Faith Camp in 2001 and regards O’Sullivan and former St. Michael youth minister Jason Becker as mentors.

After high school, she spent a year at St. Mary’s University in Winona before transferring to Franciscan University of Steubenville in Ohio, where she studied catechetics and theology. She also met her husband of 14 years, Joshua Danis, at Franciscan. Hollie began working in youth ministry in New Hampshire right out of college, taking only a short break after her two children, Lillie (13) and Michael (11) were born. Ultimately, she and her family settled back in Ohio. Danis worked for seven years at St. Patrick’s in Troy, Ohio, and co-founded a young women’s ministry, BeloveDaughter (see sidebar), with her close friend Christen Aquino.

“As a teen here in St. Michael I was part of Armor, which led Confirmation retreats across the Archdiocese,” Danis recalls. “Then, at a Steubenville Youth Conference, the call was solidified. On Sunday of the conference, they did a vocations call, inviting teens who feel called to priesthood or religious life to stand and be prayed over. That year they also asked anyone who felt called to youth ministry or a life of service to the church to stand. I stood, and Jason and my other youth ministry friends prayed over me. I knew from that moment this was what God wanted me to do. Since then, my life has been marked by a passion to accompany young people into relationship with Jesus Christ and form them for a life of missionary discipleship through community, sacraments, scripture and prayer.”

In addition to a calling to youth ministry in general, Danis definitely feels called home to this particular position, including support for more than 60 discipleship groups (D-groups) and leaders.

“At St. Patrick’s, I was charged with moving Confirmation from high school to junior high,” she says. “We built a discipleship group ministry similar to what St. Michael has done. In changing the way we thought about ministry and forming a team who lived specific core values, we began to see beautiful fruit.  As we were making the move back to Minnesota, I was feeling called to continue this effort of team formation and a greater role in supporting and walking alongside those adults who mentor our youth—it’s a blessing that my heart’s desire and this position are coming together around that calling as well.” 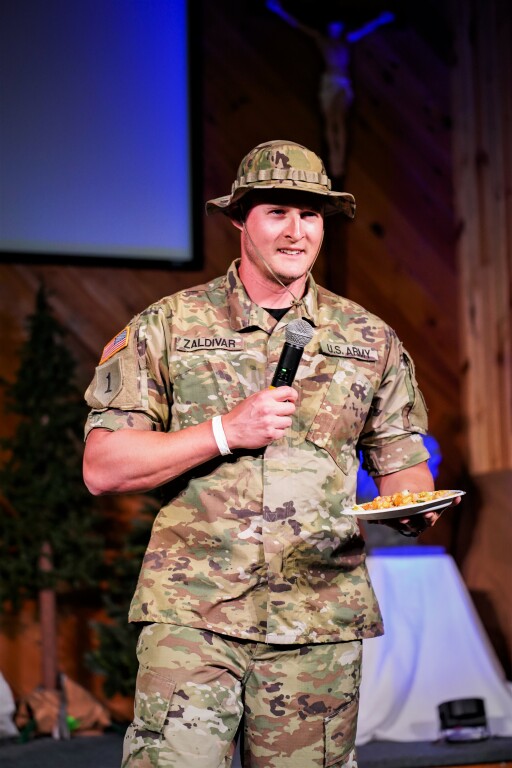 Zaldivar found God early one morning in Afghanistan. The third of four brothers in his family, he enlisted in the Army right out of high school, and although he was raised Catholic (he was a paid sacristan for his parish beginning in 8th grade), by the time he made it to basic training, church was primarily a weekly reprieve from being yelled at by the drill sergeant.

“I knew God was important in my life, but it wasn’t like He was THE important thing,” he says. “I treated God and faith very much like a houseplant: I better tend to this so it doesn’t die—water when needed—but I’m not focusing my life around a fern.”

Then, during a nine-month deployment in 2013, his platoon lost men to an “insider threat”—Afghan translators who turned on the US soldiers they were working with—and Zaldivar was confronted with the terrible reality of war.

“I was 20 years old at the time, and I can remember seeing the pine boxes with flags draped over them loaded on the back of a Chinook,” he recalls. “I was sitting in my little plywood room on my bunk thinking, ‘This is what war, this is what sin, this is what evil looks like,’ and not knowing how to respond to it.”

The next day Zaldivar made a decision: He had a rosary and a Bible with him “with no intention of using them,” but he committed to reading the gospel of Matthew and praying a rosary every day.

“I did that for three months straight and felt nothing, felt nothing, felt nothing—and then one morning I remember walking on the airfield; the sun was coming up over the mountains, and I just started to cry. I thought, ‘This is so beautiful—why have I never noticed this?’ Even in a country that has known nothing but war, God’s beauty persists. … Creation remains beautiful because its Creator is good.”

That moment began his conversion of heart, as he realized there should be no beauty in him either, but the Creator had left His mark there too. He returned to Confession and began going to Mass more frequently, little by little developing a passion for sharing the Good News with others.

After he returned to the US, Zaldivar’s platoon volunteered at a local school carnival in Manhattan, Kansas, where he met his wife, Kyra. The connection was immediate. A nondenominational Christian at the time, Kyra exposed him to the possibility of a real, personal relationship with Jesus as friend, healer, Lord and Savior—and over time, joined the Catholic Church herself. Today they have two daughters, Paisley Grace (3) and Dani May (7 months; see sidebar).

Zaldivar has worked in youth ministry since November 2017, first at St. Vincent de Paul in Brooklyn Park, then in Arvada, Colorado. As a volunteer with no formal education or prior background in ministry, he was surprised to be approached with his first youth ministry job but has definitely found his calling. A self-described super extrovert with a passion for ministering to young men, young adults and families, Zaldivar believes he and Hollie will complement each other and work well alongside O’ Sullivan and Gabby Swift, whom he knows from his time at St. Vincent’s.

"I like to ask, Are you convinced, or are you convicted? Even in a parish like this one, where there is a culture of Catholicism, many people are not really activated.,” he says. “If you are convinced about the truths of the faith, you’ll go to Mass most Sundays and try to be a good person. But if you are convicted—if you have experienced that conversion of heart—you will go out and share the Good News with others.”

“The Lord made it very clear this where I’m supposed to be,” says Zaldivar. “When He wants you, the doors don’t creak open, they fling open!”

The complete June-July 2021 issue of DISCIPLE is online now. For a hard copy, stop by the parish office or gathering space. If you are a registered parishioner and are not receiving DISCIPLE in the mail, contact Deanna at 763-497-2745 to update your contact information.